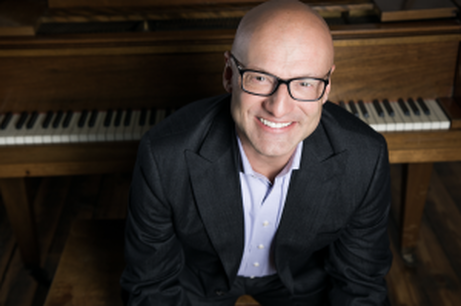 Pianist Robert Koenig has quickly established a reputation as a much sought-after collaborative pianist and chamber musician. He performs regularly in major centers throughout the world with many of this generation’s most renowned musicians. Recent engagements have included performances at Carnegie Hall in New York, The Kennedy Center in Washington, DC, Suntory Hall in Tokyo, The Concertgebuow in Amsterdam, and the Louvre Museum in Paris. He has performed with many of today’s leading artists including Sarah Chang, Hilary Hahn, Pamela Frank, Roberto Diaz, Elmar Oliveira, and Aaron Rosand.

Mr. Koenig has appeared at many festivals including Aspen, Ravinia, Banff, Saratoga, Caramoor, the Seattle Chamber Music Festival, the El Paso Pro Musica, Chamber Music Northwest, the Campos do Jordao Festival in Brazil, and the Mostly Mozart Festival in New York. He is frequently heard on radio and television including ABC’s “Good Morning America” and CBS “This Morning”. Mr. Koenig was staff pianist at both The Juilliard School and The Curtis Institute of Music, and from 2000-2007 he served as Professor of Piano and Piano Chamber Music at the University of Kansas in Lawrence. With the assistance of the University of Kansas Center for Research, Mr. Koenig commissioned renowned American Composer Lowell Liebermann to write a new trio for flute, cello and piano. Beginning in the fall of 2007, he will assume his new position as Professor and Head of The Collaborative Piano Program at The University of California in Santa Barbara.

Mr. Koenig has recorded for Artek, Ambassador, Biddulph, Cedille, CRI, Decca, Eroica, and Naxos. His most recent CD of transcriptions for viola and piano by William Primrose was released in July/2006 on Naxos with violist Roberto Diaz, and was nominated for “Best Instrumental Soloist Performance (without orchestra)” at the 49th annual Grammy Awards in 2007.

Born in Saskatchewan, Canada, Robert Koenig began his formal training at the Vancouver Academy of Music with Lee KumSing and Gwen Thompson and later studied at the Banff School of Fine Arts and the Academie Musicale di Chigiana in Siena, Italy. During this time he received several awards from the Canadian Government including a Canada Council Project Grant. He completed both his Bachelors and Masters degrees in Accompanying at the Curtis Institute of Music in Philadelphia where he studied with Dr. Vladimir Sokoloff and chamber music with Felix Galimir and Karen Tuttle.