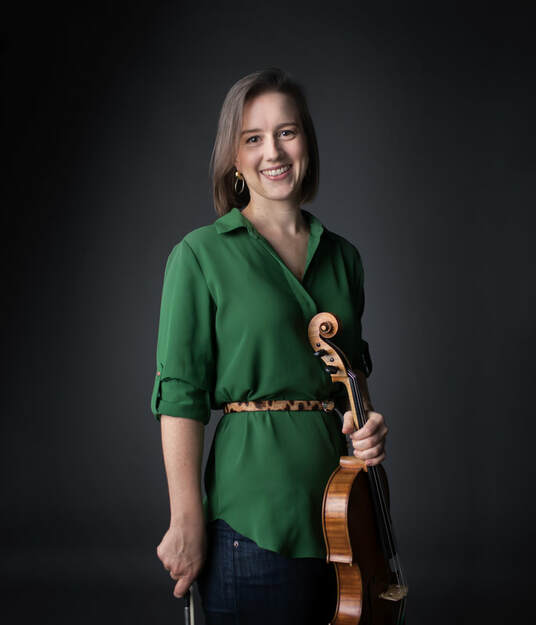 Madeline Sharp, Viola
Madeline joined the Atlanta Symphony Orchestra’s Viola Section in 2016. She was previously a member of the New World Symphony, and received her Bachelor’s and Master’s Degrees from The Juilliard School. She has performed frequently with the Minnesota Orchestra, Houston Symphony and the St. Paul Chamber Orchestra, as well as being a member of the Cabrillo Festival of Contemporary Music in Santa Cruz, CA. Additional festival appearances include­­­­ the Tanglewood Music Center and Taos School of Music. While a fellow at New World, Madeline performed the Bartok Viola Concerto as winner of the Concerto Competition. She served as a Teaching Assistant to Heidi Castleman and Robert Vernon, while also studying with Misha Amory, Steven Tenenbom and Hsin-Yun Huang.
Sharp grew up in Chicago, IL, and comes from a musical family. Her sister is a professional cellist, her brother played cello and her parents played clarinet and piano. Aside from music, Madeline enjoys cooking, yoga, biking, finding new restaurants in Atlanta and rooting for the Chicago Cubs.