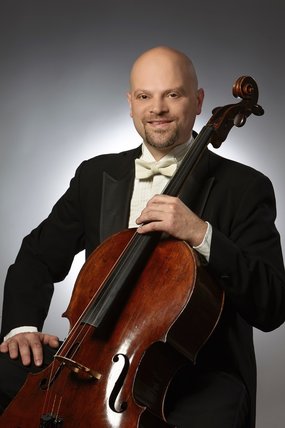 In addition to his orchestral career, Mr. Dallow is a chamber musician and has worked as an advocate for arts education in the Fulton County School System.  The Georgia American String Teachers Association awarded him with the 2011 Advocacy award.  As a soloist, he has performed with the Delaware Symphony Orchestra, Gettysburg Symphony Orchestra and with the Philharmonic Orchestra of New Jersey.

Mr. Dallow has performed regularly with Music For All Seasons, Inc., an organization
devoted to the importance of  providing the healing power of music to those most in need: residents of hospitals, nursing homes, geriatric centers, prisons, and special
facilities for children.

His teachers included Stephen Kates, Orlando Cole, William Stokking, Myron Lutzke, and David Geber. He is a 1994 graduate of the Peabody Conservatory of Music of the Johns Hopkins University and a recipient of the Israel Dorman memorial award for achieving excellence in performance.

Joel Dallow, born as the second of triplets, grew up in Plainfield, New Jersey in a musical family. His mother is a concert pianist and writer, and his father is a pianist and composer.  He currently resides in Roswell, GA.