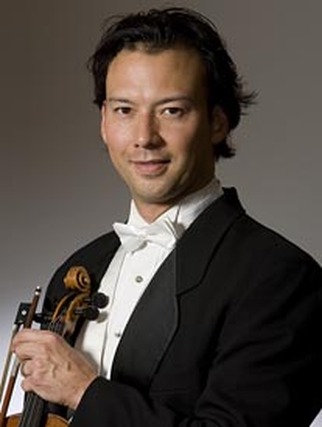 Kenn Wagner has been a first violinist with the Atlanta Symphony Orchestra (ASO) since 1994, and also served as Acting Assistant Concertmaster of the ASO for one season.

Mr. Wagner has performed as a guest soloist with the Shenzhen Symphony Orchestra in China and with the string section of Christ Church Symphony in New Zealand. Additionally, he has soloed with the New Orleans Symphony and Arlington Symphony, and was reengaged as a soloist with the Wintergreen Music Festival.

Locally, Mr. Wagner has appeared with the Atlanta Community Symphony Orchestra (ACSO), both as soloist and Concertmaster, and has performed concertos by Barber, Tchaikovsky, Brahms, Beethoven, and Glazunov. Other local engagements have included solo performances with the DeKalb Symphony, Clark and Spellman University Symphony, Atlanta Philharmonic, and Atlanta Musicians' Orchestra.

In addition to his solo work and responsibilities with the ASO, Mr. Wagner enjoys playing chamber music with a variety of ensembles, including the Riverside Chamber Players; Leaptrott Trio, which is the trio in residence at Brenau University; Atlanta Chamber Players; Awadagin Pratt’s Next Generation Festival; and the National Chamber Players, with special guest Kenneth Slowik of the Smithsonian Chamber Players. Throughout the last decade, he has served as Principal Second Violin, Assistant Concertmaster, and Acting Concertmaster of the Wintergreen Music Festival. Mr. Wagner is also on the faculty at Kennesaw State University.